What better way to celebrate 90 years of England Netball than by playing a record breaking exhibition match?

Over the weekend of 12-15 February 2016, teams of all ages and abilities from all over the country took part in 90 hours of netball. This charity record breaking match took place at the Play On Sports Arena in Whitechapel, London and was staged in partnership with Sport Relief and recognised by the Guinness Book of Records.

The tournament started at 00.01 on Friday 12th February where England Netball staff and Tri North kicked off the 90 hour event. Many of these players took to the court for a full 7 hours to keep the game going. After a few hours in, legs were getting tired and so the game turned to walking netball. It finally reached 7am when the first lot of teams arrived.

All teams had to make sure they followed the rules laid down by Guinness World Records. Play had to be continuous, substitutions could be made but once you were off, you were off for good!

For us staff who were running the event, it felt like we were in one massive bubble all weekend. We saw lots of people come and go, be awake at ridiculous hours and had very little sleep. We couldn’t even tell what time of day it was unless we went outside or looked at a watch! But the momentum that the event had, all the support we were receiving and the reason we were doing it kept us going.

It was 17.00 on Monday 15th February and we were in the last hour, and the last teams were on the court. The countdown had begun and emotions were running high. 90 hours was finally reached and the umpires whistles were blown for the last time. There was a mixture of cheering and crying. Those of us who burst into tears didn’t know if it was happiness that we had actually did it, relief that it was all over or just exhaustion. But we did it. With 1,322 participants we had gained the world record for ‘The most players in a netball exhibition match’ and had also raised over £20,000 for Sport Relief. What a way to celebrate England Netball’s 90th Anniversary! Check out the video at the bottom of this page which pretty much sums up this crazy weekend! 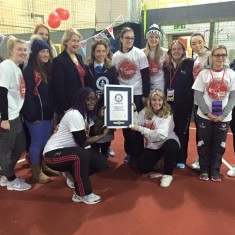 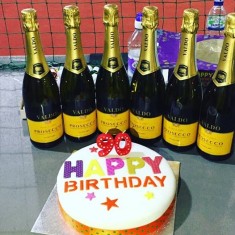 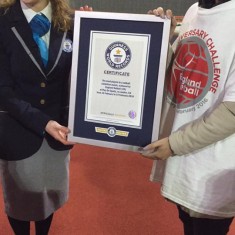 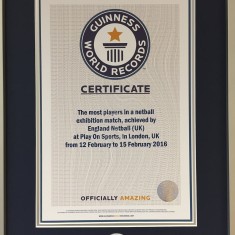 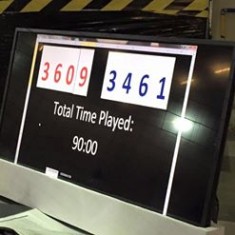