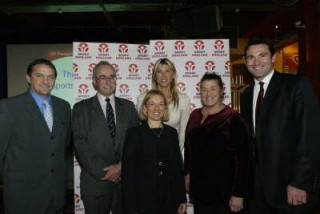 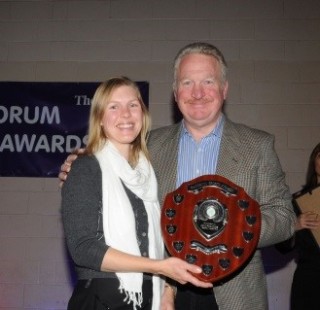 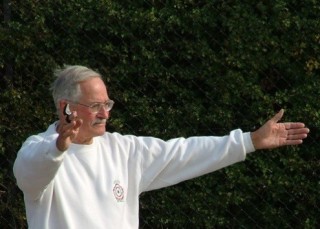 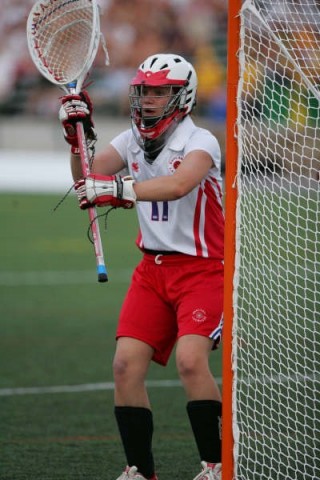 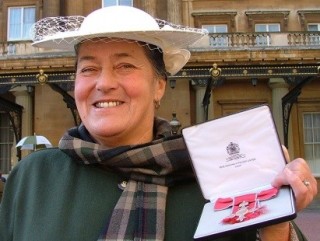 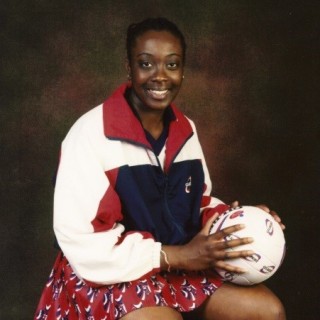 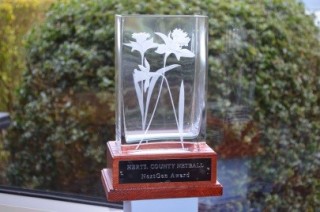 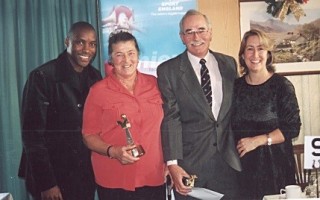 It all started in 1964 when Kath Worrell decided to form a works team for the ladies of Shell Mex BP in Hemel Hempstead.  The lads had their football but there was nothing for the girls, so Kath did something about it.  They played in a loose arrangement of other Netball clubs until the Hemel Hempstead League was formed.  Later still, Kath and Brian formed the Watford Netball League to enable competition on a Sunday, and Shelley NC has been a member ever since.

A man in a woman’s sport

In those early days, there were virtually no umpires, certainly not at local level, and the Goalkeepers had to umpire from each end whilst playing.  This meant a lot of honesty by the players.  A few years later, a few umpires became trained, one of them being Brian Worrell, who went on to become a National Panel Umpire, along with Kath.  However, initially he had to umpire the whole court on his own.  As a man in a woman’s sport, this was something of a revelation to all concerned.

The birth of the Shelley name

The teams were playing in the Hemel Hempstead League and on the break-up of the Shell Mex BP group, the club became independent.  Because of some funny league rules, the new club name had to be something similar to the old name, hence Shelley Netball Club.  There were strong links with Hemel Hempstead School, and the Club developed the school teams with some success.  They were Regional Finalists in 1986, and some of the players still play for Shelley NC today – Erin O’Connor, Christina Hall, Kelly Bartlett.  The Club participated in many tournaments all over the country, including Ipswich, Crystal Palace and Norwich.

The ethos of the Club was, and still is as a community club, where anyone who wants to participate is welcome – players, coaches, umpires and volunteers.  The downside is that there is little focus on the elite, although the Club has produced an England U21, Maame Djan, until injury stopped her at the national level.  Maame still played for the Club until a couple of years ago when her job moved her away.  She was a devastating defence player and was sorely missed.

Other players have gone on to play for regional club teams – Sinead Turner, Corrine Gurney, Joanne Hall being three of them.  At the regional level, Corrine trialled for England Under 18s and again, injury stopped her from progressing.

The Club also produced several Herts County representative players and one of them, Catherine Gaunt went onto become an East Region player and then an England Lacrosse player.

However that pathway into County and Region no longer exists as the structure of Netball is now firmly based on the club.  With that in mind, Shelley NC started a Local Coaching Centre (LCC) at Sportspace Longdean in Hemel Hempstead.  Again, anyone can attend and join the Club members in their training.  This develops players, coaches and umpires and has been successful for a number of years.

Shelley NC has always invested in youth almost from the beginning.  The latest initiative has been the formation of a Satellite Netball Club based at Tring School.  In its first year, it is already a success and further expansion is planned.  Development of coaches and umpires is another investment made over the years and has been very beneficial for the Club.

Along the way, the Club has been awarded several different awards.  The key ones are the Sport England East Service to Sport Award 2002, Sport England VIP Club of the Year East Region, 2003, Herts Netball NextGen Award 2012.

In addition, several individuals in Shelley NC have gained prestigious awards.  The Club is very proud of Kath Worrell who was awarded an MBE for services to Netball in October 2004.

Sandra McDonnell did the double in 2013 with the Community Coach of the Year from Herts Sports Partnership and Dacorum Sportspace.