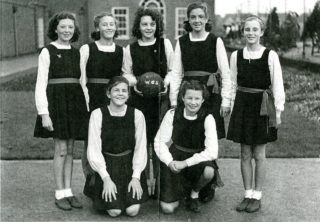 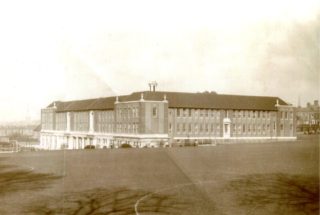 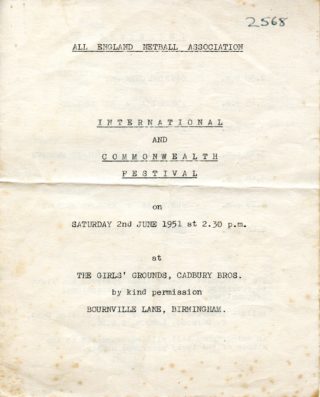 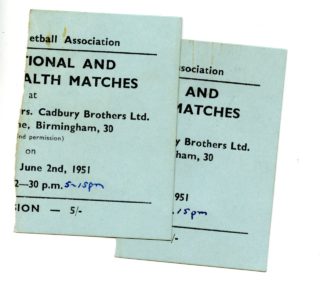 The heritage office at England Netball received a letter from Sheila A. Leslie-Miller telling her netball history and she is kindly letting us share it with you.

Sheila was a pupil at the Wyggeston Grammar School for Girls and played netball from the age of eleven. She remembers there being eight courts at the school, which were used for tennis in the summer. Sheila mostly played shooter and became captain in 1950.

Sheila left the school in July 1951 for the City of Bath Training College of Domestic Science, where hardly any sport was played. She then went on to become a teacher and has not played since. Sheila remembers that the tunics they wore to play netball in at school were 2-3 inches above the knee, which you can see from the photograph of Sheila’s netball team from her school days.

Sheila also sent the heritage team a programme from 1951 for the England Netball International and Commonwealth Festival, which was held at The Girls’ Grounds, Cadbury Bros, Bournville Lane in Birmingham. She also included the two ticket stubs from attending the event. The programme, the ticket stubs and Sheila’s school can all be seen in the photographs that accompany this article.