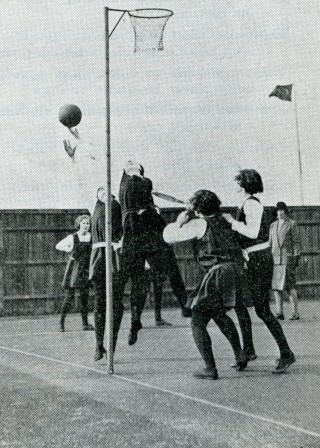 Girls being irreversibly damaged by netball 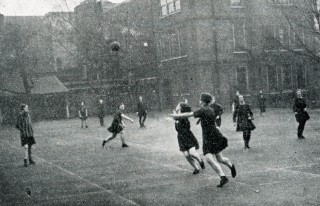 Girls laughing and squealing whilst playing. As they should. 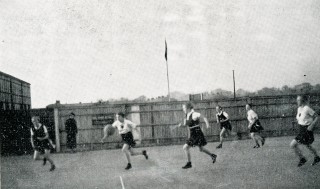 Girls developing physically, emotionally, and mentally, due to the atrocious crime of netball 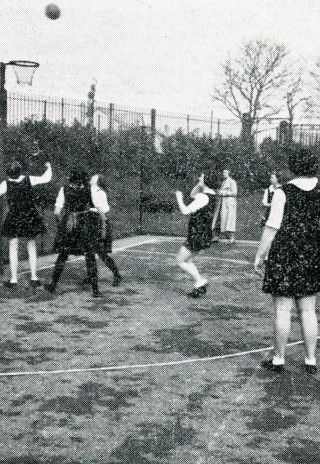 Women crippling the influence of an otherwise noble sport

Now, this question may seem to be a ludicrously simple one; you may say “Yes…? Is that even a question? It’s ridiculous for you to even be asking me this, how dare you?! This is a website all about women in netball, you fool!”

But apparently this seemingly simple question did not have such a straight-forward answer back in the day.

In early ‘Net ball’ magazines, the question of netball’s suitability for women was the source of some debate for a number of years. Below, some of the more interesting opinions are in bold.

(Please note that whilst much of this debate refers to basketball, it is stated that “these problems apply equally to Net ball’)

In the February 1937 issue of ‘Net Ball’, an article was printed, examining the pros and cons of women playing ‘Basket Ball’. The article states that whilst a good-natured fight takes place on the court, there is a different sort of war being waged off of the court:

‘ But a more important fight in girls’ basketball is being waged, not on the courts, but in doctors’ and principles’ offices, at educational conferences and in the homes. Should girls play basketball—is it harmful or beneficial. The “pros.” say: splendid game for the development of health and character”—“basketball calls forth the best, physically, emotionally and mentally, in a girl”—“in keeping training rules the girls acquire habits of hygienic living which will be of great value throughout life”—“basketball trains girls for the give and take of life”

The “antis” maintain—“basketball, the sacrifice of the maidens”—“the slaughter of the innocents”—“one of the most atrocious crimes committed in the name of education” ’

It is stated that there are ‘well-informed, intelligent people on both sides’ of the debate, but I can’t help but feel that one side is just a little more dramatic than the other, but perhaps that’s just my biased 21st century opinion.

The opinion of the author is included, he sides with the ‘pros.’, saying of the players he has observed:

‘ They’re a healthy enough lot … of course they’re dead tired at the end of a strenuous game and a few are pretty well worn out by the end of a season. But it doesn’t seem to hurt them. They keep training rules religiously ; no tea, coffee, cigarettes, pastry or late hours. Plenty of vigorous activity and clean, wholesome living—of course basketball is good for a girl. If some of those high school and college girls who run around to late parties and dances, smoking and drinking, would go out for basketball, they’d be a lot better off. ’

The article concludes that studies made by directors of physical education, doctors and health supervisors concluded that

‘ Basketball, wisely directed and controlled, is in itself highly beneficial to the girl of average strength and vitality, provided she is physically sound. It is not the game itself, but the manner in which it is conducted, that determines whether it will be of great value in the development of a girl, or definitely harmful. ’

I’m assuming this means that ‘ladylike’ conduct is beneficial, and boisterous playing is harmful, so if you have any problems in your life, feel free to trace your issues back to the games of your youth.

But the debate doesn’t end there! In the March 1937 issue of ‘Net Ball’, it is explained to the reader the ways in which the game must be played in order to maximize the benefits to the young ladies and ensure that it is in no way harmful to the player.

‘ (1) An adequate physical examination for every player … Basket Ball places too much of a strain on the heart and lungs to allow anyone, not in perfect health, to participate.

(2) Girls should always play under girls’ rule—never boys’ rules … Boys’ Basket Ball is too strenuous for the average girl.

(3) Inter-School games except under the best conditions, and playing for championship, should be eliminated. Playing championship games is probably the greatest offence of all. Many evils climb on the band wagon … In the audience are those who watch the game as they would a bathing beauty contest … Dr J. Anna Norris, Director of Physical Education for Women at University of Minnesota, says: — “The very evident emphasis placed by the audience on the importance of winning stimulates a girl to unusual effort, perhaps beyond the limit where she can maintain emotional stability.

(4) Emphasis should be placed on the fun of playing, rather than on winning the game. Joseph Lee has said: — “Girls ought to laugh and squeal over their games, not play them in the dogged spirit characteristic of young men’s competitions.” ’

In the October 1947 issue of the magazine, the argument continues on- a full decade and a world war after the previous article, and the debate may have a different angle, but the base of the issue is effectively the same: should women play netball? This 1947 article is staunchly pro-women-in-netball, and is responding newspaper articles which focused on the issue of women harming the game, rather than the game harming women:

‘ What are we netballers—a “crippling influence” or the means to a “brighter life”?
The above quotations are from two national newspapers, both references to the game of netball.’

‘ … the [quote “crippling influence”] occurred in an article on basketball, described as “the fastest foot game of all.” It originated in America, the writer explained, but when it got to this country was modified into netball and “Women and girls played it—a crippling influence on its wider development.”’

The counter to this claim comes from a Mrs. McNally, who took umbrage at the suggestion that women’s influence on the game made it less worthy as a sport.

She says that the ‘real game’, as played by top flight players, is nothing like the sloppy game that club matches can degenerate into. She also states that she knows men who play the game (despite women’s influence on it), and that

‘the R.A.F. played netball during the war and had many mixed teams at forces tournaments… don’t go calling us a ‘crippling influence’… we just won’t stand for that and there are some 300,000 of us adults affiliated to the All-England Netball Association. ’

The diarist who wrote the disparaging article was quick to leap to his own defense and explain that what he really meant was that ‘what has prevented the game from becoming the dynamic and thrilling game it can be was [when it is] played without an umpire and under any old conditions’.

Despite his later “clarification”, it seems that the original complaint was that women’s influence on the game had prevented men from playing, and thus had prevented any real public interest in the sport. However, if men do not wish to play the sport as it is a ‘woman’s game’, then surely that is the fault of their own prejudices, and not the fault of the women who wish to have some fun of their own. Additionally, if as Mrs. McNally claimed, there were 300,000 people affiliated with England Netball, then surely the case was not that there was no interest in netball, but that the “wrong people” (read ‘women) were playing the sport, and thus netball was developed in the “wrong” way.

To conclude, what have we learnt about the game of netball?

Netball can improve your fitness, keep young women away from morally dubious pastimes, aid in the development of the players, and be a fun game, however this is only true if you play in the ‘correct’ way.

Additionally, women are emotionally and physically weak, netball can apparently be ‘definitely harmful’ to a female player, and it is also somehow women’s fault that basketball isn’t particularly popular in England.

So as long as a game is played in the right fashion, with no competitiveness, and without displaying any emotions, you too, as a woman, may play the beneficial game of netball!