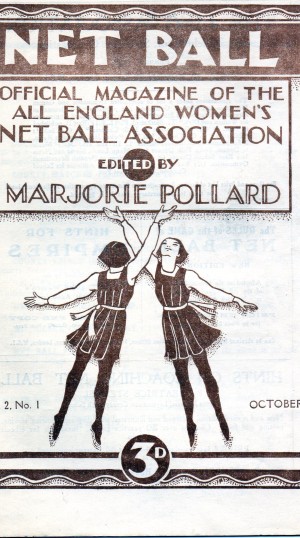 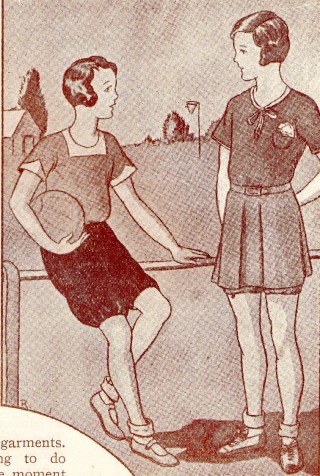 At the 1933 All England Rally held in Birmingham every team wore quite a different uniform and it was noted that there was ‘no official Net Ball costume’.  There were pleated tunics, tunics without pleats, there were modestly covered legs, bare legs, half bare legs.  There were shorts and there were knickers (or what in the old days were called ‘bloomers’).  The games were so wonderful, so graceful, so good to watch, that it was a shame to have any of the beauty removed by ill-assorted garments.

So what are we going to do about it?  The Net Ball Association has given no lead, it very rightly thinks players should choose their own uniforms.    What shall it be?  Tunics? Shorts? Stockings? Socks? Knickers? One-piece garments?

In November, J. McLachlan, of St. Aidens wrote in to say :

“After many and often heated arguments we decided on the following uniform :     Long sleeved white blouses of a chosen design.  Short navy blue tunics with an inverted pleat at the bottom of each side.  Club ties worn inside tunic.  Club girdles tied in a bow behind tunic.  All white tennis sox and black plimsols.  We found this dress both neat and comfortable and felt vastly superior when we played the school team which was still encumbered in long tunics with box pleats and with long woollen stockings.”