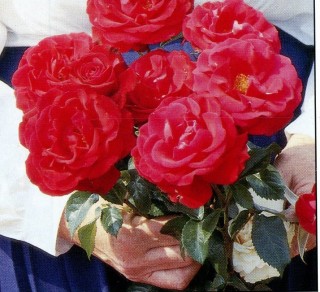 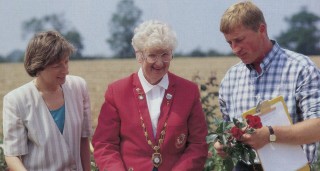 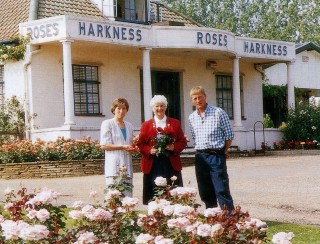 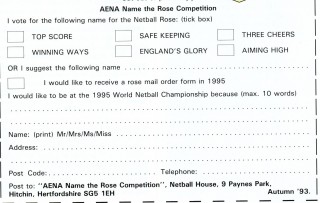 The competition form to name the new rose

To celebrate the World Championships being held in England in 1995, it was decided to commission a new rose to celebrate England Netball. This was quite along process, and the President Pat Taylor, was asked to choose a rose from the many available at the Harkness Roses nursery in Hitchin a couple of years ahead of the championships.

She chose a red floribunda, which at the time was unnamed. Netball magazine ran a competition to name the rose, and suggested a variety of possible names, but the one finally chosen, Rising Star, was not on the list. The rose was shown at the Chelsea Flower Show in 1995.

Does anybody still have one of these roses in their garden?