Uniform adverts from the 1930s 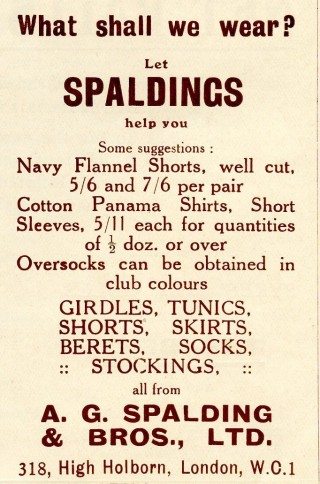 An advertisement for netball kit by Spaldings 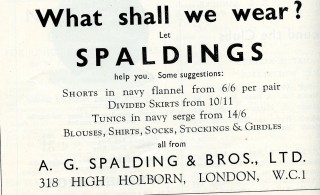 An advertisement for kit by Spaldings from Netball magazine 1936. 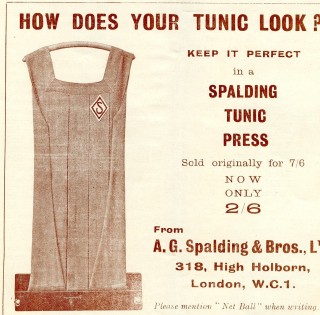 An advertisement for the Spalding Tunic press

However, by the 1930s fashions had changed and it was no longer necessary to preserve one’s modesty beneath heavy ankle length skirts. The normal wear in the early 1930s was a gym slip tunic with a short sleeved games shirt. However, not everybody wanted to wear these, and as these adverts from Spaldings show, other options were available. Shorts and divided skirts were available as well as short sleeved cotton shirts. Interestingly, it seems that oversocks in assorted colours could also be purchased.

Finally, there was a perennial problem of keeping the thick tunics looking good. Spaldings seem to have come up with the answer – a specialist tunic press.