On the 25th May Whitehill Junior School held a netball celebration afternoon, where classes played each other and the work the children had completed for England Netball’s 90th Anniversary Project were displayed for pupils and parents to see. Also those children who made up the school’s 2 netball teams interviewed parents about their “Netball History”.

The interviews went well, Betty enjoyed being interviewed and the pupils interviewing were very professional and produced good interviews.

The day was a great success with the whole school involved and the work the pupils completed was absolutely amazing.  The 2 year 5 classes had designed a banner each for us and the Whitehill Sewing Club produced a 90th Anniversary quilt, these will make up part of a portable exhibition, that will be made available to loan out to other organisations.

At the end of the day the parents played the teachers by some of the old rules from the late 1930s to the 1950s, wearing the bibs with the old Netball positions on them.

Tasmine Castle, part of the Heritage Project Team at England Netball ran 2 competitions for the afternoon and helped make the day a success.

Sarah Small, a Whitehill Junior School Teacher helped organize the day and kept it running brilliantly, along with all the other staff members at the school.

The England Netball Heritage Project Team would like to thank Whitehill Junior School for its involvement with the project and continued support. 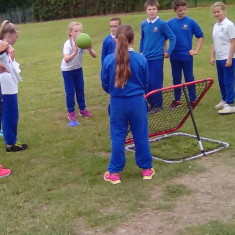 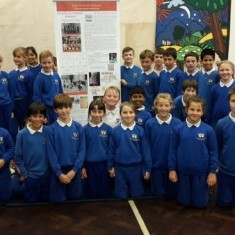 Class 5GD and the banner they designed 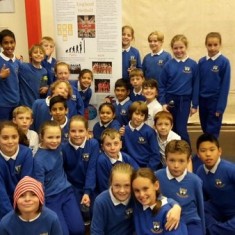 Class 5AC and the banner they designed 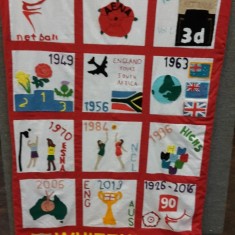 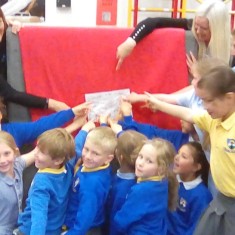 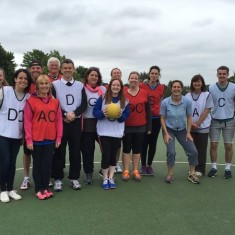