You are here: Home>Events>World Cup, Championship & Tournament>2015 The England team at the 2015 World Championships 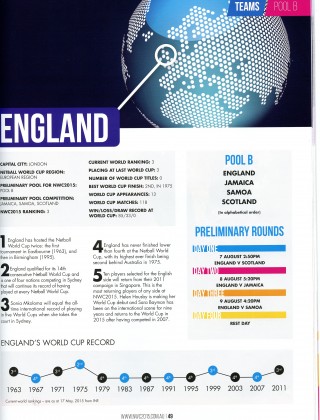 Information about the England team at the 2015 World Championships 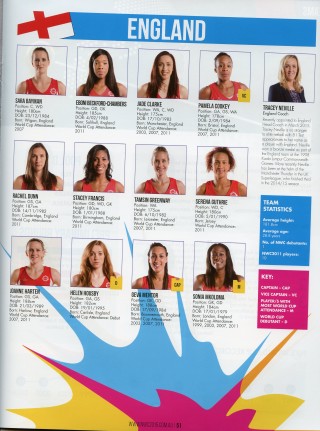 These pages from the programme for the World Cup 2015 show pictures of the squad and give some information about the team’s past performance.

Did you know that England has played in every world Cup tournament since it began in 1963 and has never finished lower than 4th place?