The netball goal post is an essential piece of equipment, and you might think that it would not have changed much over the years. However, as these advertisements from early Net Ball magazines show, the post and indeed the goal net underwent some changes in the early years.

The development of the game by the Ling Association meant that their endorsement of a particular type of equipment would probably have encouraged clubs to buy that type. Early goal posts were wooden, but it seems that metal versions were soon available, and even portable goal posts are advertised.

The earliest goals did not have nets attached, which made it difficult to see when a goal had been scored, but these advertisements all show nets of various types. Metal nets are advertised as having the advantage of being hard wearing. 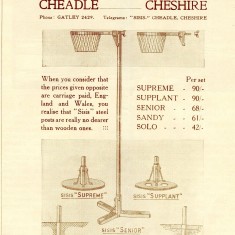 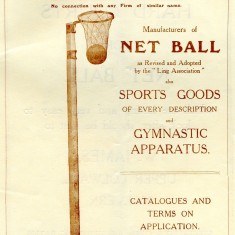 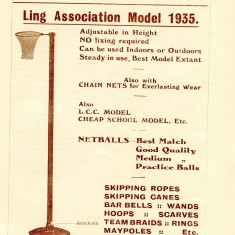 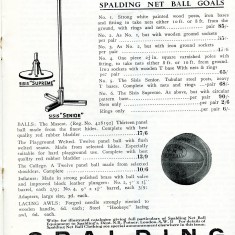 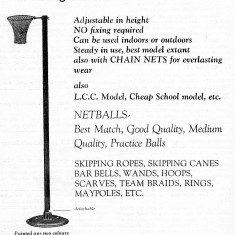 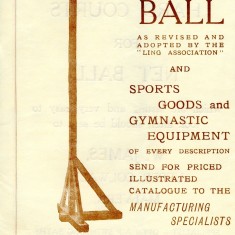