You are here: Home>Topics>England Netball Magazine>What shall we wear? The 1930s kit debate

What shall we wear? The 1930s kit debate 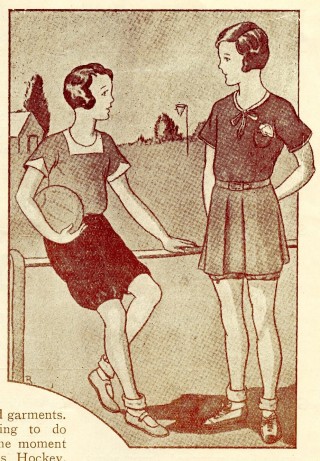 knickers or tunic?
The Schoolmistress 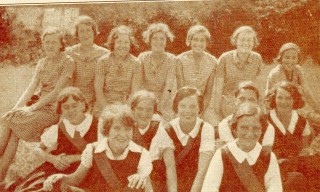 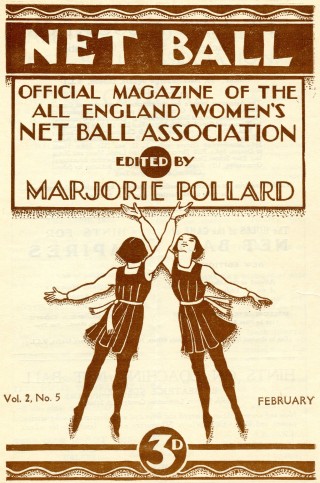 The Net Ball magazines of the mid 1930s  often included a debate about what should be worn for playing netball. In the early years of the game, long skirts and even hats had been worn and stockings were obligatory for the sake of modesty, but in the freer society of inter war Britain, and with the advent of new materials, the subject of a netball uniform was hotly debated by players and spectators in the magazine.

A variety of kit

The catalyst for this debate seems to have been the All England netball rally held at the Bourneville grounds in 1934. The first report of the match in the magazine noted the variety of kit. The author was most impressed by the Middlesex team’s uniform which comprised orthodox tunics and black stockings. However, they were the only team wearing stockings. Essex seems to have been the most daring team in terms of uniform as they wore knickers and loose blouses.

The editor of the magazine, Marjorie Pollard,  started the debate in the magazine the following season with an article entitled ‘What shall we wear?’ She said in this that ‘the marvellous array of varied  clothing’  at the rally disappointed her and that it was ‘a shame to have any of the beauty removed by ill-assorted garments‘. So, what were these varied garments?  In the words of the article, ‘There were modestly covered legs, bare legs, half bare legs. There were shorts and there were knickers – or what in the old days we just called “bloomers”.’

It seems that all women’s sports were having the same problem. The gym slip, or box-pleated tunic as it was known (which was generally worn with stockings), seems to have been less popular by this point. As the article puts it, ‘There is very definitely a strong inclination, not so much to get rid of stockings, as to get rid of the machinery for holding up stockings.’

Netballers took up the debate, with one schoolmistress providing very precise ideas of a uniform, which she had introduced to her school. This comprised dark coloured knickers in knitted wool with ribbed bottoms, a short sleeved blouse, to be tucked into the knickers and ankle socks. As she said, ‘A suspender belt impedes movement at the waist and hinders the breathing. Garters are most harmful to the circulation. Therefore stockings should not be worn.’

Other letters to appear in the magazine showed how divided opinions were about the best type of netballing wear, although most writers agreed that stockings were unnecessary. A school girl from Knebworth in Hertfordshire praised her team’s decision to adopt a uniform of a long sleeved white blouse and navy blue tunic with a pleat at each side. A male sports coach, who was also the secretary of the Kettering District Netball League, was adamant that ‘the only dress suitable is knickers and pullover’.

Finally, the secretary of the Boxfoldia Netball Club, a works club which encouraged young teenage girls (aged 14+) to play after work, offered a different view of the problem. The girls did not own a standard set of uniform and were not able to afford expensive kit, so the club decided on white blouses and navy blue knicks, which was the cheapest option at under  10 shillings (50 pence) including socks and gym shoes. Even then, the club offered loans for members to buy their kit.

However, the writer did not think that this was the ideal kit, just the best that could be afforded by the girls in the club. For her, the ideal kit would be a white long sleeved  shirt blouse and a divided skirt, but the latter were both difficult to find and expensive.

Most of the writers to the magazine were writing about kit for schoolgirls, although women did play as is shown by the popularity of the Civil Service teams. Some school teams’ wear was held up as an example, such as the Alfred Barrow School’s senior team kit of a cotton dress. The Net Ball magazine appeared to support the old fashioned tunic and stockings – the cover continued to have a picture of girls playing in these throughout the 1930s.

Photographs from later magazines show that the debate must have continued – or perhaps it was thought unnecessary. Stockings certainly disappeared, which might have been the main issue, and so did tunics, but skirts, shorts and divided skirts were all still being worn into the 1950s. Readers who played netball at school in the 1950s and early 1960s might remember, like me,  playing in thick knickers and a games shirt.